To observe the 19th anniversary of September 11, Team RWB members, veterans, and supporters across the country came together from their communities and their homes to pay tribute.

Team RWB’s 9/11 Moving Tribute, presented by Window World, concluded with more than 14,000 miles moved in remembrance of those lost on September 11, 2001, and our nation’s fallen, service members.

Powerful day in Wilkesboro, NC with Team Red, White & Blue & Window World. We took part in the 9/11 Moving Tribute and…

From coast to coast, members overcame challenges to accomplish their miles, and many surprised themselves with their accomplishments along the way.

9/11 Moving Tribute with little Betsy. First time in 2 years I have physically been able to do more than watch. I…

September 11 is a national day of service and remembrance. To honor the memory of the victims, first responders, and veterans who served, we’re sponsoring @TeamRWB's 9/11 Moving Tribute. https://t.co/hA2rPkZkYf pic.twitter.com/708QrO7ki2

Some participants visited local sites on their own to pay tribute.

9/11 Moving Tribute including the memorials in Highland Falls and Fort Montgomery and the Trail of the Fallen (Popolopen Torne).🇺🇸#NeverForget #RWBTribute

Others took to the streets, making an impression on every car that drove by.

#RWBTribute I'm stunned by this coverage. I really would've preferred to stay on the sidelines but it is really good publicity for @TeamRWB https://t.co/dgqwHEgegc During those miles I thought often of the @sunyoswego poli-sci grad who lost his life on 9/11 serving with the FDNY

Participants, including Peraton employees, joined from home by jumping on their stationary bikes, treadmills, and rowers.

My morning ran away from me & I couldn't get outside, but I wasn't going to miss the opportunity to support @TeamRWB’s 9/11 Moving Tribute with @PeratonCorp, even if I had to bike 9.11 miles indoors between meetings #RWBTribute #Peraton #DoTheCantBeDone #NeverForget pic.twitter.com/UJDNONzoeD

The United States flag is carried around a 4-mile loop @SedgwickCounty Park as a Moving Tribute today, sponsored by the local chapter of @TeamRWB. The goal is to have flags circulating the park from sunrise to sunset on 9/11. 📷: @green_jaime #RWBTribute #NeverForget #September11 pic.twitter.com/adMUmeZHTW

Mahalo to all our Honolulu Eagles for pledging their miles and contributing to this awesome result: 13,500 total miles!!!!! Cheeehooo!! 🇺🇸 ReGramm from @teamrwb "13,500 miles – the number of miles #EagleNation, @WindowWorld, @TrueCar, and @PeratonCorp moved American flags in communities across the country in tribute to the 19th anniversary of September 11. Thank you to all who completed the #RWBTribute – you have made a difference"!#TeamRWBHonolulu #TeamRWB 🦅🇺🇸🎗

Participants from a variety of organizations and backgrounds came to join, raising awareness and preserving the memory of this important day in American history.

Today I RUCK 9.11 miles with 30Lb. From Coldeham firehouse to the Washingtonville 911 memorial. A tribute to the 2,977 lives lost on September 11, 2001 and the 5,449 service members killed in action in the wars following. I’m overwhelm by the support of those strangers that stop along the way and offer water. The ones that hunk to show support. The police officers that escort me so I can cross the tunnel safely. The service man that stop to offer support and words of encouragement and the man who shared the lost of his NYPD brother with me. To my friend Sharon, thank you. Thank you to those who have donate to @semperfifund. Following 911 attack, we were a nation of unity. We help our neighbors without caring about their skin color, race or sexual orientation. Let’s get back to that. #semperfi #sffcommunityathlete #teamnuun #nuunhydration #rwbtribute #teamwrb #neverforget #onenation #fdny #nypd #procompression 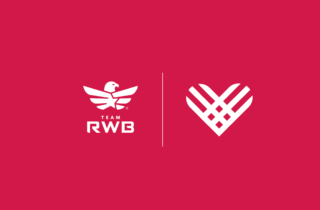 How to Support Veterans on Giving Tuesday

On December 1, people all around the world will unite to tap into the power of human connection with one goal – to strengthen communities … 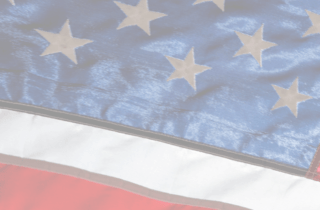 Employee matching gift programs are a type of corporate philanthropy set up to encourage employees to give back to their communities. Many companies encourage community …

How to Support Veterans on Giving Tuesday

On December 1, people all around the world will unite to tap into the power of human connection with one goal – to strengthen communities …

Employee matching gift programs are a type of corporate philanthropy set up to encourage employees to give back to their communities. Many companies encourage community …

Comments on 14,000 Miles Moved in Tribute to the 19th Anniversary of September 11