Five Black Athletes Who Served in the Military

Five Black Athletes Who Served in the Military

Each February, Eagle Nation celebrates Black History Month. At Team RWB, we empower our Eagles to push themselves and accomplish new goals, while giving back to their communities. The five outstanding Black athletes highlighted in this article served in the military and made a lasting impact in their communities and in history.

Jackie Robinson served as a second lieutenant in the United States Army. Robinson challenged and shed public light on the injustice of segregation in the military in the 1940s. He fought for and was accepted into Officer Candidate School (OCS) among racial debate and, later in his career, challenged segregation by refusing to move to the back of a military bus.

He was honorably discharged from the military, but later went on to “break the color” barrier in professional baseball when he played his first game with the Dodgers. He was named “Rookie of the Year,” and went on to become a six-time All-Star, World Series champion, and member of the Hall of Fame. 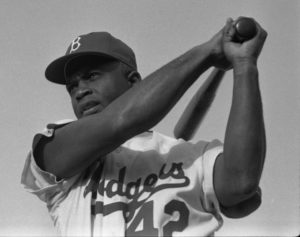 Joe Louis
Heavyweight boxer Joe Louis fought two charity matches in 1942 to benefit the Navy and Army relief societies. Just one day after the Navy Relief Society match against Buddy Baer, he enlisted as a private in the U.S. Army. In the military, Louis traveled worldwide to boost the morale of soldiers worldwide and participate in a military recruitment campaign.

Louis used his position to advocate for African Americans serving in the military and pushed for equality in Officer Candidate School applications, including the acceptance of Jackie Robinson. Louis was awarded the Legion of Merit, held the heavyweight boxing title from 1937 to 1949, and went on to break golf’s color barrier by competing in a PGA event. Tim James
Former NBA player Tim James had family members serve in the military, but it wasn’t until after playing basketball in college and for the Miami Heat, Charlotte Hornets, and Philadelphia 76ers that he decided to enlist in the U.S. Army. Hoping to have a fresh start, James didn’t share his professional basketball background with his fellow soldiers (though maybe he should have before beating a group of them in a pickup game). James deployed to Camp Speicher, outside of Baghdad, Iraq, just over a year after enlisting.

After leaving the service in 2011, James went on to coach college basketball for Vance-Granville Community College in North Carolina. Like many military veterans, his commitment to service didn’t stop there – he later served as a firefighter in Georgia. 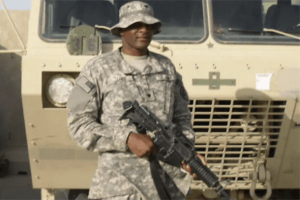 Bryce Fisher
Bryce Fisher was drafted into the NFL by the Buffalo Bills after graduating from the Air Force Academy. Before putting on his Bills uniform, he served two years on active duty and later joined the Air National Guard to fulfil his commitment of nine years in the reserve component afterward.

Fisher went on to play for the St. Louis Rams, Seattle Seahawks, and Tennessee Titans while continuing to serve in the National Guard as a public affairs officer. 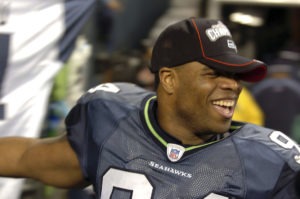 John Woodruff
John Woodruff is known for winning the gold in the 800-meter race in the 1936 Berlin Olympics. One of eight African-American members of the legendary team that included Jesse Owens, his accomplishment directly, in his own words, “destroyed Hitler’s master race theory.” He became the first black athlete to win a gold medal at the Berlin games by completely stopping on the race track to avoid being boxed in by other runners, and then passed everyone winning the race.

John Woodruff’s service in the military is marked by two enlistments, once as a commissioned lieutenant in the Army after Pearl Harbor, and another as a lieutenant colonel in command of two battalions during the Korean War. After leaving the military, Woodruff continued to serve as a teacher in New York, parole officer, and recreation director for the Police Athletic League.

We’ve already got three weeks of #RWBTakeFlight, presented by PayPal, sponsored by Humana Military, behind us and Eagles across the nation are soaring! Many have stayed … 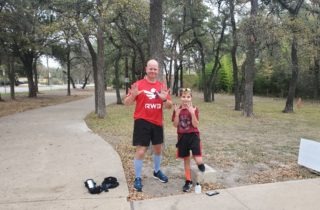 We’ve already got three weeks of #RWBTakeFlight, presented by PayPal, sponsored by Humana Military, behind us and Eagles across the nation are soaring! Many have stayed …

Comments on Five Black Athletes Who Served in the Military