Brothers with Down syndrome share passion for running: ‘Their enthusiasm is contagious’

Brothers with Down syndrome share passion for running: ‘Their enthusiasm is contagious’

This story was originally published by https://buffalonews.com.

Within a few minutes of meeting Ryan and Noah Zygmunt, you will receive a hug. And you will laugh. You are guaranteed to laugh. A lot.

They smile. They joke. They’re friendly. They love running and take it seriously. Well, not too seriously. Ask Noah, 28, what his favorite part of races is and he will quickly reply that it’s the beer, T-shirts and medals. He punctuates his answer with a sly laugh, knowing that he’s acting a tad bit on the silly side.

Meanwhile, Ryan, 38, is on his smartphone, looking up his race count for the year. He tracks down the website for Buffalo Runners and sees, disappointingly, that he has only completed 52 races this year. He thought it was more. But he’s well on his way to his goal for the year – to complete 100 races.

The two are often among the last to cross the finish line. But they are also among the most popular.

The two young men who have Down syndrome have been coming to Buffalo area races for about the last four years. They run with their sister, Dana, making plenty of weekend and evenings into family affairs for the trio from Grand Island.

And the family has caught the heart of many in the Buffalo running community.

“At last year’s Daemen Summer Track series, Ryan came up to me and said, ‘Hi! I’m Ryan. And this is my brother!’ ” said Mike Beato of Getzville. “I’ve been friends with them ever since. … Their enthusiasm at races is contagious. They greet everyone with a big hug. They like to kid around and have fun. They’re truly happy to see all their running friends – but I’m quite sure we’re the ones who benefit from their friendship at least as much as they do.” 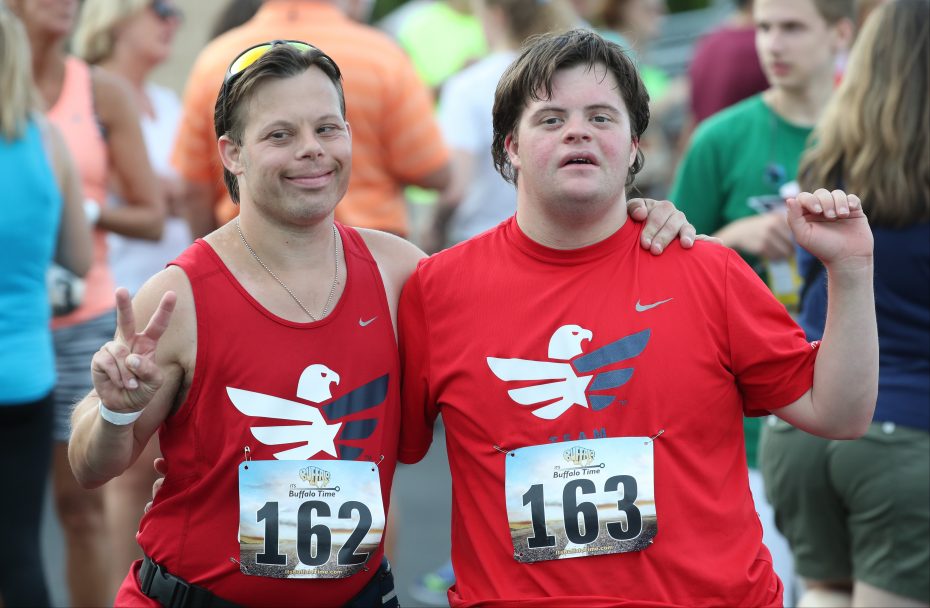 Enthusiastic they are, excited and happy to be running, to be in a community that has embraced them. You won’t hear them talking about pace goals or complaining about injuries. They just run as hard as they can for as long as the course goes, enjoying the process and relishing in the feeling of victory at the finish line.

And that puts running into perspective for so many around them.

“I whine a lot about a knee injury and having arthritis, until one day when we were all at the Superhero 5K,” said Wendy Murray of Darien Center. “I realized these two never complain about anything. They both just get out there and go. Both of them give their all at every event. And just to add, it’s amazing they greet me and everyone else they know with smiles at every race.”

The Zygmunt family is usually wearing Team RWB shirts at races. The organization supports American veterans through physical and social activities, which is perfect for Ryan and Noah. They are as social as people can get.

Dana, 37, is the veteran in the family, coming to running after being in the military.

Running is more than just a family affair, it’s Dana’s therapy. Dana’s mother, Judith Zygmunt, died in February 2014. Judith had adopted Ryan and Noah along with another sister – all children with Down syndrome. She also fostered four children with the condition.

“I want to include them in everything,” Dana said. “That was my mom’s biggest goal in all of this was that they were out in the world and able to be a part of everything. It’s been great running as a family. … I need to run.”

And run she can these days. When she first started bringing Ryan and Noah to races, she would do nearly double the distance, constantly running back to check on her brothers. But as she saw how other runners interacted with Ryan and Noah, she felt comfortable letting them go run their own race. There were plenty of people who would be around to make sure they were taken care of.

“Everyone out here, I mean everyone out here is looking out for them,” Dana said. “The Buffalo running community, this community is totally different than anywhere else. I’ve been a lot of places and they accept Ryan and Noah here. Out here, we know all the runners and what’s going on and it’s all family. They’re great. It’s a different community for sure.” 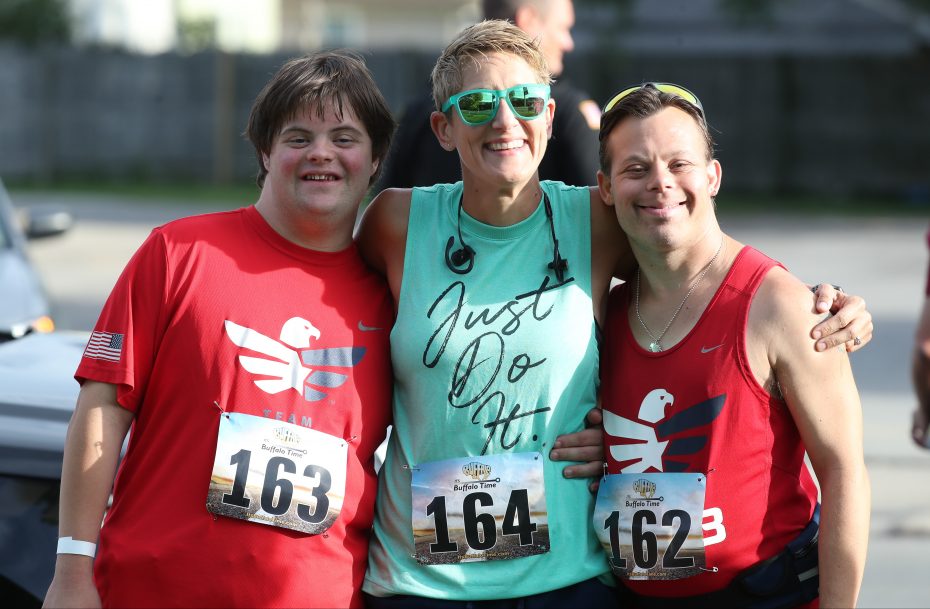 Comments on Brothers with Down syndrome share passion for running: ‘Their enthusiasm is contagious’