September 23, 2015
| By Mike Erwin, Chairman of the Board in Eagle Stories

By Mike Erwin, Chairman of the Board

Leadership touches nearly every aspect of our lives.  Our families, communities, schools, military, companies, non-profit organizations, clubs, government, churches and sports teams rely upon effective leadership to succeed.  Leaders set the strategy, culture and the example.  As leaders go, so goes the team.

At Team RWB, leadership is a key component to enriching veterans’ lives and making American communities stronger.  It has fueled our impact and growth over the past five years.  And it is so important that we have just created a Director of Leadership Development position, and chosen Joe Quinn for the role.  In the coming months, Joe will be launching our Eagle Leadership Development Program (ELDP) designed to invest in and empower our volunteers, leaders, and veterans to guarantee a lasting and positive influence in their communities.

As an organization, our understanding and implementation of leadership has earned us a lot of respect from people outside of Team RWB.  Consequently, we have been fielding an increasing number of requests to engage people in their community around the subject of leadership.  One such organization that we are working with is the Elite 11 program, which works to develop the next generation of quarterbacks—and leaders.

You can’t be a great quarterback without being a great leader.  And at the age of 16-17, these young men know that.  When asked, “what is the first word that comes to mind when you hear the word ‘quarterback?’ 16 of the 18 quarterbacks in the Elite 11 finals answered, “LEADER or LEADERSHIP.” At the Elite 11 finals in 2014 and 2015, Team RWB has led these quarterbacks in a series of leadership development and “soul-building” exercises. KJ Costello is headed to Stanford next fall.  He had this to say about his experience, “It’s the hardest I’ve ever been tested in my entire life. You really have one of two options.  You can suck it up and give it your all, or you can act like you’re tired. Your true personality really comes out when things aren’t going right.”

One of the most challenging parts of being a leader is making difficult, unpopular decisions, or speaking up when teammates have more to give.  A majority of the Elite 11 quarterbacks admitted that their biggest leadership weakness is “engaging their teammates when they aren’t doing the right thing or aren’t giving their all.”  So a part of the Team RWB leadership development experience is to sit down with the quarterbacks after the other exercises have been completed and lead them through a peer evaluation process, inspired by the U.S. Army’s Ranger school.

Elite 11 Head Coach and Super Bowl champion, Trent Dilfer, believes this is the most important part of the Team RWB experience at the Elite 11 finals: “It’s so hard for them to be critical of people they just went through something hard with because there’s a bonding that happens in the midst of that. The beauty behind this is that they get it. They admitted I’m really sad that I didn’t give more, but I did learn that I had more to give. I think it’s really powerful, I think it’s a great tool, but it’s very difficult for them.”  We are confident that as they develop as leaders, these quarterbacks’ appreciation for this aspect of leadership (courage) will continue to grow.  And those that embrace its importance will reach their maximum potential, both on and off the field.

Some of these young men are already suiting up on game day as college freshmen at schools like UCLA and Michigan.  Others will do so in the coming years for the likes of Texas, Georgia and Tennessee.  Their development is a journey and Team RWB is honored to a small part of it.  Because when they do step into that quarterback position in college or the NFL, their ability to lead, inspire and hold their teammates accountable will be just as important as their footwork and arm strength. 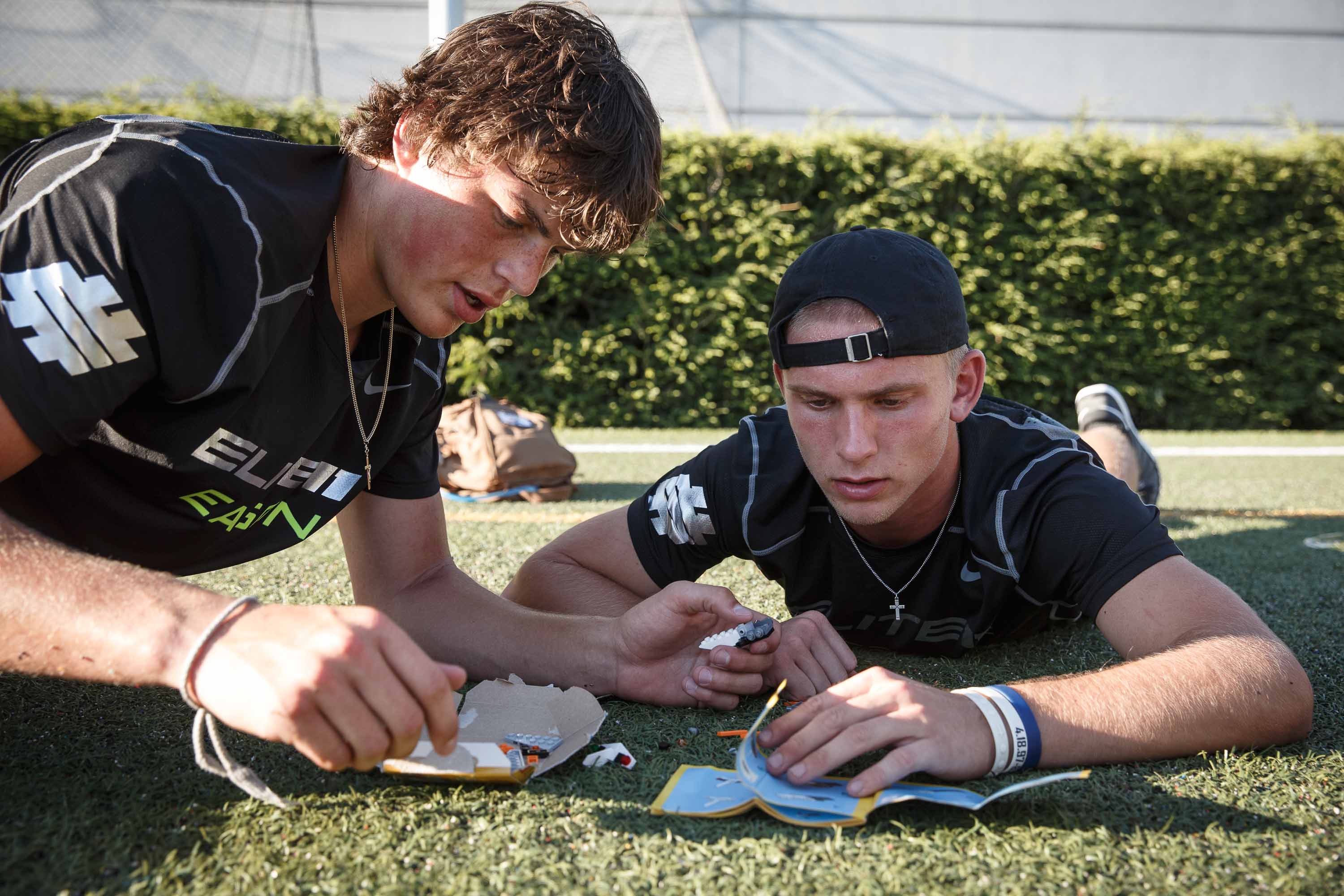