Last weekend Team RWB sponsored 8 Veteran athletes from across the nation, who competed in the Working Wounded Games in Alexandra, VA.  The games are a CrossFit styled event designed to level the playing field for adaptive athletes. These team members exemplified the Eagle Ethos of Passion, People, Positivity, Commitment, Camaraderie, and Community. Read their stories below:

Mike Hernandez. “I heard about Team RWB through a friend Nick Caris. He told me they where do amazing things with Vets.  At the time I had just came off of a downward spiral of suicidal thoughts, divorce, homeless,  obesity,  not being able to see my son, and drug and alcohol abuse. I started with completing the Spartan challenge with Blayne and was asked if I wanted to go to a camp, which changed my life. I went to the functional FITTNESS camp in Alabama with Irontribe and met a lot of vets that where once in my shoes.  To this day I have lost 70 lbs. and continue to do functional FITTNESS. I have also taken a leadership role as the outreach director of the Tampa chapter.  I am also the Firebase ops chief, and I am a fellow with the Mission Continues serving Team RWB.  Blayne has been an amazing mentor and friend.  He has saved my life mentally and physically.” 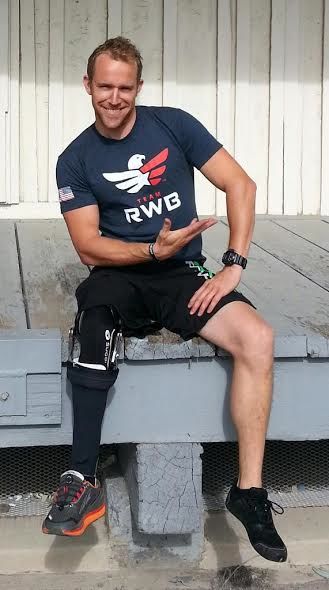 Max Conserva. “Military service is not what ultimately brought me to Team RWB, rather it was a little bike and a semi-truck. When I was 8 years-old I was involved in a major truck vs. bicycle accident. Both the truck and I were stopped at the same intersection. The semi-truck, with it’s tall hood, didn’t see the small obstacle as I passed through the crosswalk directly in front. With a seemingly clear path, the truck initiated a right turn on a red light. For a sudden moment the truck and I occupied the same space. The over-sized grill slammed into my left shoulder, throwing me off of my bike. A second moment of contact approached as eighteen trailer tires lumbered forward. In an instant I had hooked my left arm over-top the bumper, pulling myself away from first set of tires, hanging on for life. Fortunately, before to long, some bystanders at the intersection who witnessed the accident ran out in front of the truck to force it to a stop. Finally stopped, with people gathered, the truck was ordered to reverse. The truck rolled back, leaving what remained laying on the asphalt in the center of the lane. With my bike still in my left had, I stood up, then fell back to the pavement. The rest of my life began. The accident had left me with a catastrophic injury to my right leg that has left it forever deformed and unstable. I spend most of my life avoiding most types of physical activity out of fear of failure, embarrassment and disbelief in what could be possible. A few years ago I found Crossfit and it changed my life. I came to San Francisco Crossfit as an individual with a tactically managed disability and came out the other side as, for the first time in my life, an athlete. There is now no activity I won’t try or challenge I won’t attempt. Crossfit was one of the catalysts that pushed me to address all aspects of my disability head-on. Ultimately converging into my current project: www.GoodLeg.org. I was first introduced to Team RWB by Theresa Larson through our joint involvement in Crossfit. She invited me to come down to San Diego to coach for a Team RWB Functional Fitness camp. I jumped at the opportunity and was rewarded with an amazing experience. I relish any chance to coach and train with other adaptive athletes. I see the Working Wounded Games as the ultimate expression of this. Participating will undoubtedly be a personal highlight in a year full of highlights.” 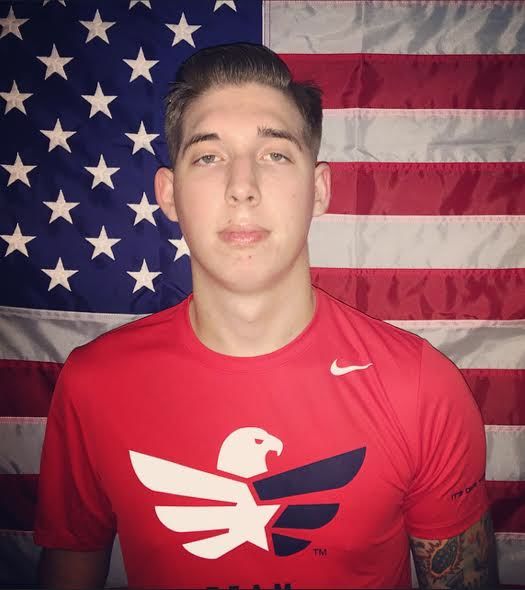 Evan Reichenthal enlisted in the Marine Corps in 2009. Served as an infantryman with 3rd Battalion 9th Marines. Deployed to the Helmand Province, Afghanistan in 2010. Wounded by an IED in 2011 while conducting combat operations against the Taliban. Suffered right below knee amputation, right elbow fusion at 30 degrees, and severe damage to left leg, nerve damage throughout the three limbs. Spent 16 months at Walter Reed and 32 surgeries all together. He is currently a student at Assumption College in Worcester, MA. He joined Team RWB after participating in the Spartan Sprint in Amesbury, in May. Evan is now a dedicated Crossfit athlete for Team RWB. 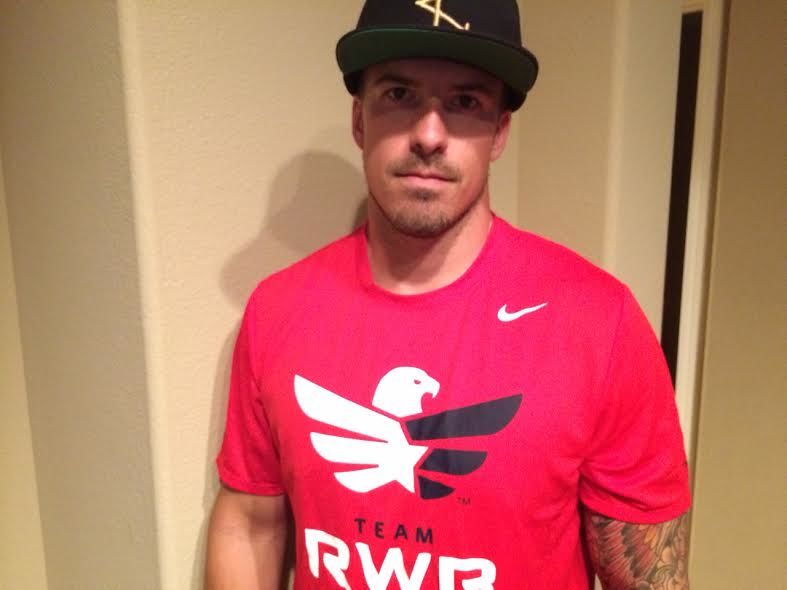 Cogen Nelson Sgt, Ret. USMC currently owns a CrossFit affiliate in Southern California; House of CrossFit in Carlsbad. He spent 8 years in the Marine Corps, where he did two deployments with 3rd Battalion, 3rd Marines in Kaneohe Bay, HI to Fallujah in 2008 and Haditha in 2006, respectively. He also served with 4th Force Reconnaissance out of Alameda, CA. During his prior deployments, Sgt Nelson sustained multiple injuries that include a TBI (traumatic brain injury) from an IED explosion, gun shot wound to his left arm, and multiple other physical injuries. After combat deployments and seeking aid through Wounded Warrior Battalion, Sgt Nelson was medically retired from the Marine Corps in 2013. That year prior, he found refuge and recovery via CrossFit; igniting a passion for challenge and overcoming fatigue and injuries that had previously held him back. He currently trains members and athletes in Carlsbad at his affiliate. He prides himself on being an ambassador to other veterans who suffer from PTSD and who have overcome physical injuries. As a new member of Team RBW, he looks forward to spending the next few years, working on his personal goals while giving back to the community and spending time with other veterans. 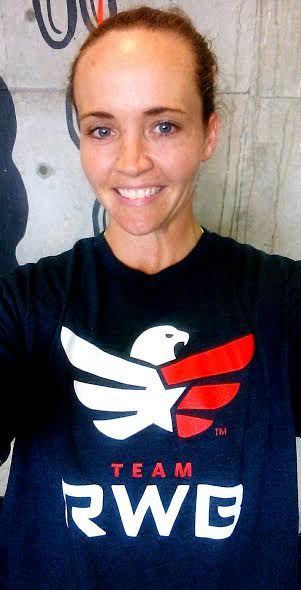 Ashley Wallace. “Being part of Team RWB is a goal that I’ve had for a long time now. Now that getting out of the military is in my near future, it’s important to me to be able to share a bond with other veterans, as well as stay healthy physically, mentally and emotionally. Team RWB helps to facilitate those very concepts and so much more. Team RWB also connects me to my community locally and nationally and keeps me actively involved in ongoing events, giving me opportunities to carry on my leadership skills that I learned while on active duty as well as be an ambassador for the military and community alike. I get to stay active, meet new people, and have a lot of fun with a lot of really incredible people…that’s not something you find everyday!” 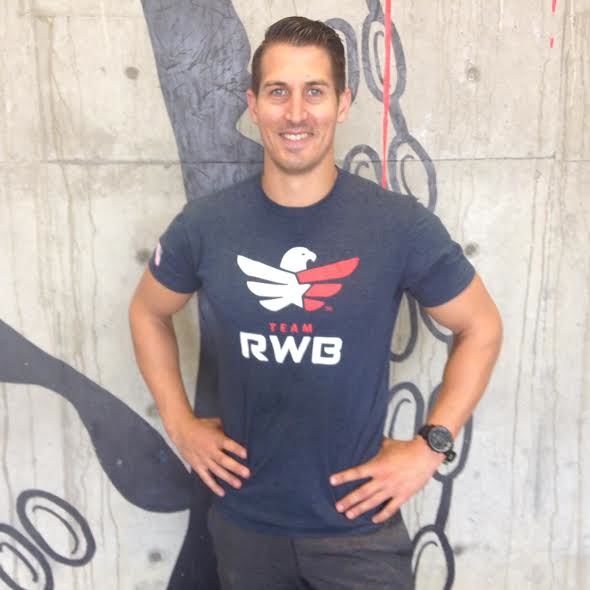 Alec Zirkenbach “I was commissioned in the Navy after graduating and completing ROTC at Virginia Tech. During my 10 year naval career I served as an Engineering Division Officer, Navigator, Navy Gun Liaison Officer, Flag Speech Writer, Plans Officer and Maritime Security Boarding Trainer. I suffered a severe leg break and subsequently almost lost my leg due to the extreme circumstance. After multiple surgeries and rehab, I was lucky to still have my leg, albeit with permanent limitations. I feel grateful that I’m as able bodied as I am considering my injuries and I’ve made it my new career focus to serve those who were (or will be) injured as bad or worse than I was. After retiring from the Navy, I opened Fathom CrossFit and now coach and operate the business. With the aid of Dr. Theresa Larson, DPT, and other medical and training professionals, Fathom is the premier gym for adaptive athletic training. My goal is to make post-rehab fitness attainable for all adaptive athletes and wounded warriors. This is where I learned of Team RWB and the amazing things they do for us warriors. Fathom hosted a two-day Functional Fitness Camp for any Team RWB members and will do so as long as there are athletes interested. I began CrossFit as a way to challenge my fitness level and I immediately realized I had been missing out (that aha moment). I trained for just a couple months before deploying and subsequently suffering a freak injury that landed me in the hospital for a month and had over ten surgeries to try and save my leg. Rehab and recovery was a slow and demoralizing process…until I rejoined a CrossFit gym. I can honestly say that CrossFit, and more specifically, the amazing people in this community saved me from a long road of physical and mental despair. Today I’m stronger and healthier (albeit disabled) than I have ever been, and I never would be where I am today if it wasn’t for the coaches and friends I’ve met through CrossFit. I train, coach, and love CrossFit because it gave me a second chance at a healthy and happy life.” 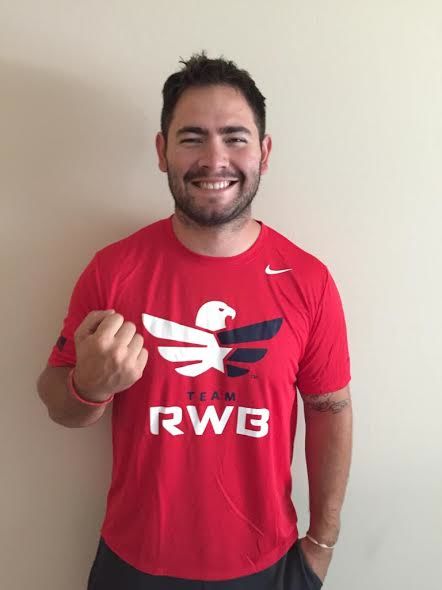 Alex Delecampa. “Retired navy, left active duty in January of 2014. Prior to leaving active duty I spent my time going through some physical as well as mental traumas due to my injuries. During that time the only thing I could think about was getting back to my former self. Team RWB has given me the avenue to do that last year I was apart of there working wounded games and it felt amazing being back in my element competing and being apart of something. This year I’m hoping to go back the wwg and hopefully be apart of some other activities with my local chapter. Team Rwb is a neccessity as far as I’m concerned to those who want to be surrounded by those like minded.”