People often ask me how I found Team RWB. As a civilian, with no immediate family serving, what drew me to the organization? There’s a million different reasons I could give, and my answer has changed over years, but there’s always been a common theme: to give back to my community, to build my sense of purpose, and to serve others who have served. Beyond serving others through Team RWB, I’ve found my own life enriched through the connections I’ve made with others and experiences I’ve had as an Eagle Leader, Eagle Leader Fellow, and now, as a full-time employee of Team RWB, I’m lucky enough to make this passion my career.

It can be easy to get lost in the day-to-day of life, and to forget the big picture impact we can make. Running the Marine Corps Marathon brought me right back to focus … and beyond.

During the race, Eagles were literally everywhere. I don’t think I went more than 10 feet without seeing another runner or spectator wearing the Eagle and cheering on everyone they saw! It’s easy in a big race like this to stay focused on yourself and those you know – both as a runner and a spectator. You look for a familiar face or listen for a nickname over the crowd. Cheer when you see your person, then move on to the next spot. But that’s what I love most about Team RWB and what drew me in back in 2014 when I first joined – the positivity and support for EVERYONE, whether they know you or not. A “Great Job RWB!” or “Keep It Up Eagle!” does wonders when you’re slogging through mile 22 and fighting through the pain.

Two moments in particular stand out to me, both of which show the greater impact Team RWB can have on a community.

Mile 12 of Marine Corps Marathon is called the Blue Mile. There are images of fallen service members lining the street, followed by rows of American flags, held by family, friends, and supporters of the fallen. You saw runners stopping at photos, overcome with emotions. It was eerily quiet, just the sound of sneakers pounding the ground. This in itself is overwhelmingly emotional. But even moreso was seeing names I now recognized, names that were parts of stories that I’ve heard from my Eagle Family, like Kyle Schneider and Timothy van Orman. Names that were shared with stories and whys by volunteer leaders in our organization. Running this mile was incredible and awe-inspiring – somehow time stood still as I took in all the names, yet the mile went by quickly.

As I hit mile 26 of the Marine Corps Marathon, a friend of my mom was there to cheer me on. I don’t really know him, actually hadn’t met him in person at that point. I knew some of his story, like that he went to Ground Zero in New York City on 9/11 to help the rescue efforts. That he’s been through more than most will ever know. As I made it through the post-race madness, I saw my friend again before I saw anyone else I knew. He shared some personal memories that day, especially about those he knew who were first responders to the Pentagon on 9/11, and what it was like. And in the days since, we’ve talked more. About what Team RWB does, and how we make an impact. About his experiences. And about what MCM and being in DC meant to both of us. During one of those conversations, he said something to me that was truly humbling- that so many Veterans chose to serve after 9/11 and that I had chosen to serve through Team RWB, and how much he respected that. 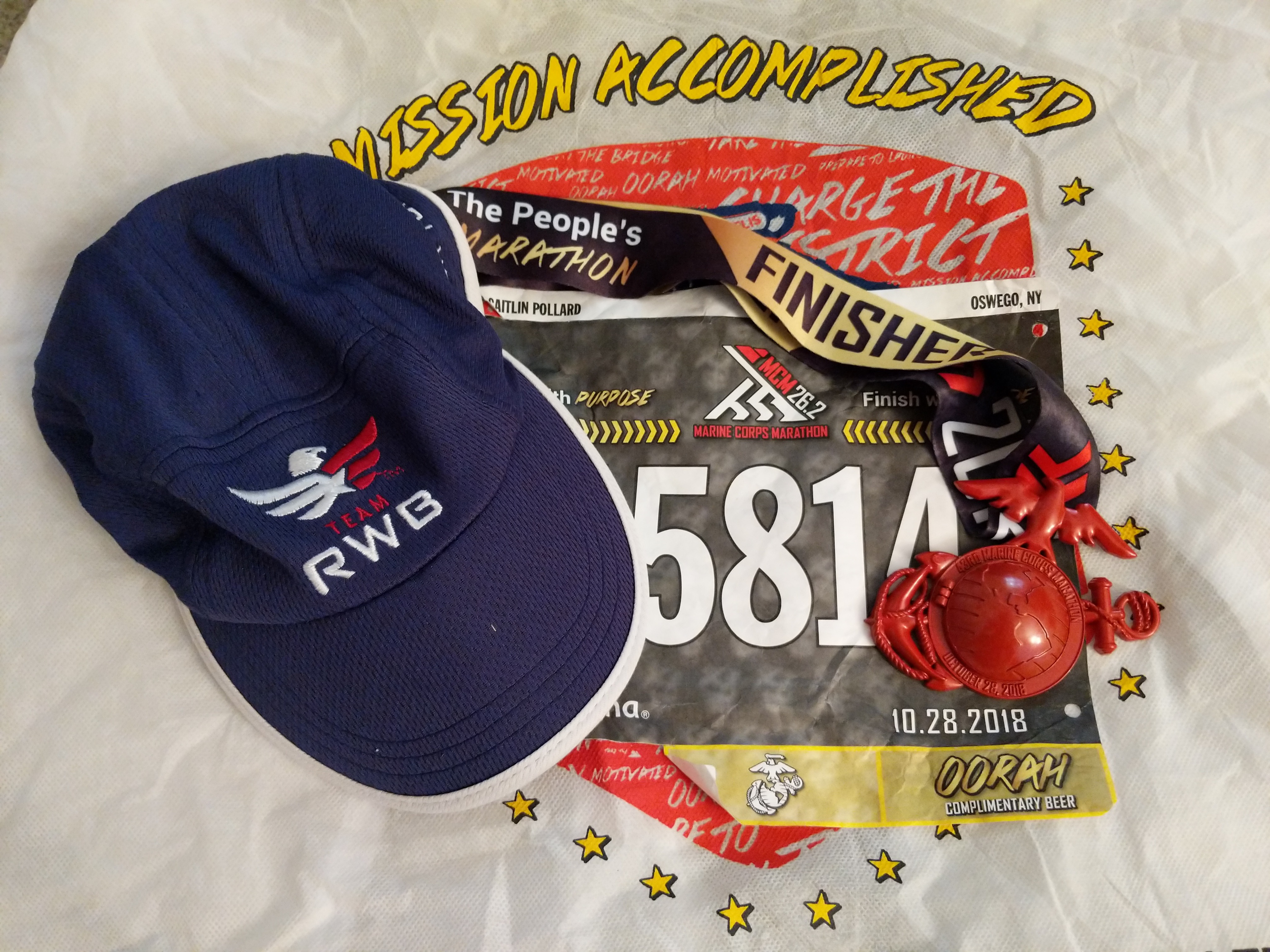 It’s easy to forget how large of impact Team RWB can have. That sense of purpose, that desire to serve others, that way to give back. The building of community, of a space to share, and a place to do hard things together. Team RWB can and does make a difference to our veterans and to the community at large. And something as simple as showing up to cheer can start the conversation.