My Journey to a Better Me

My Journey to a Better Me

During our time in the military, each service member feels a sense of duty and belonging toward something bigger than their self. At times, after separation, that feeling can fade away, leaving you with a void. Everyone finds a way to fill that void. Some choose healthy activities, and some end up following a different route.

I was one of the people who ended up following the less healthy route after I left active duty service. A series of unfortunate events occurred shortly after my separation, and I ended up with injuries that forced me to refrain from physical activity for several months. During this time, I did not feel inclined to live a healthy lifestyle, which would enable my recovery. It wasn’t a conscious decision, but I let go of my own health. I did not feel like I was accountable to anything higher than myself, and at that point, I really began to go down a slippery slope.

I began to quickly gain weight, and within a few months, I was nearly 300 pounds. I went from being a relatively active soldier to being a sedentary person who could barely walk up a staircase without becoming winded.

A few months later, my wife and I moved back to Texas, the place where I lived when I joined the military and began school.  I made it through one semester before I realized that something was truly wrong. I was just going through the motions, a mere shell of myself. It was time for a change. In the beginning of 2012, I decided to make a conscious effort to retake my own destiny, and began on my journey to regain control of myself. I joined a Krav Maga instructor training program and began months of intensive training.

The problem was, even though I was training hard and learning a lot about self defense, fitness, and mental toughness, which was something that I had missed since leaving the service, I had not fully emerged myself into a healthy lifestyle. It wasn’t until I fully committed to regaining control over myself that I truly saw big changes. I had lost around 20 pounds through six months or so of training. I wanted to become an inspiration to others who have had similar struggles in their lives. This was the point that I realized in order to make a change, I would have to do it in both my body and my mind. This was the first time that I really felt that the two aspects of my “fitness” came together.

At this point in my transformation, I rediscovered Team RWB through some friends that I served with, and I decided to join. The idea of representing an organization with a mission as important is this one gave me a whole new drive to succeed in my transformation. I knew that if I was going to wear the eagle, I was going to embrace everything that it represents. This is what I needed to fill the rest of the void. Team RWB provides me with a great group of people to bond with who share similar experiences. The thing that is truly unique about the organization is the fact that members the community, as well as veterans are brought together to share what we all need at this time in our country’s history – camaraderie with our fellow citizen, veteran and civilian alike.

As I stand today, I have lost over 75 pounds since the beginning of my journey back to the new me. I still have much farther to go before I reach my goals, but because I have dedicated myself to being fit and healthy, I am happier than ever, and all of the relationships in my life are healthier than before, and I am driven to help others succeed in their journeys as well. The drive to succeed spills over into other aspects of life too. It is worth taking that first step because it is the first step toward a better, happier, and more vibrant you! 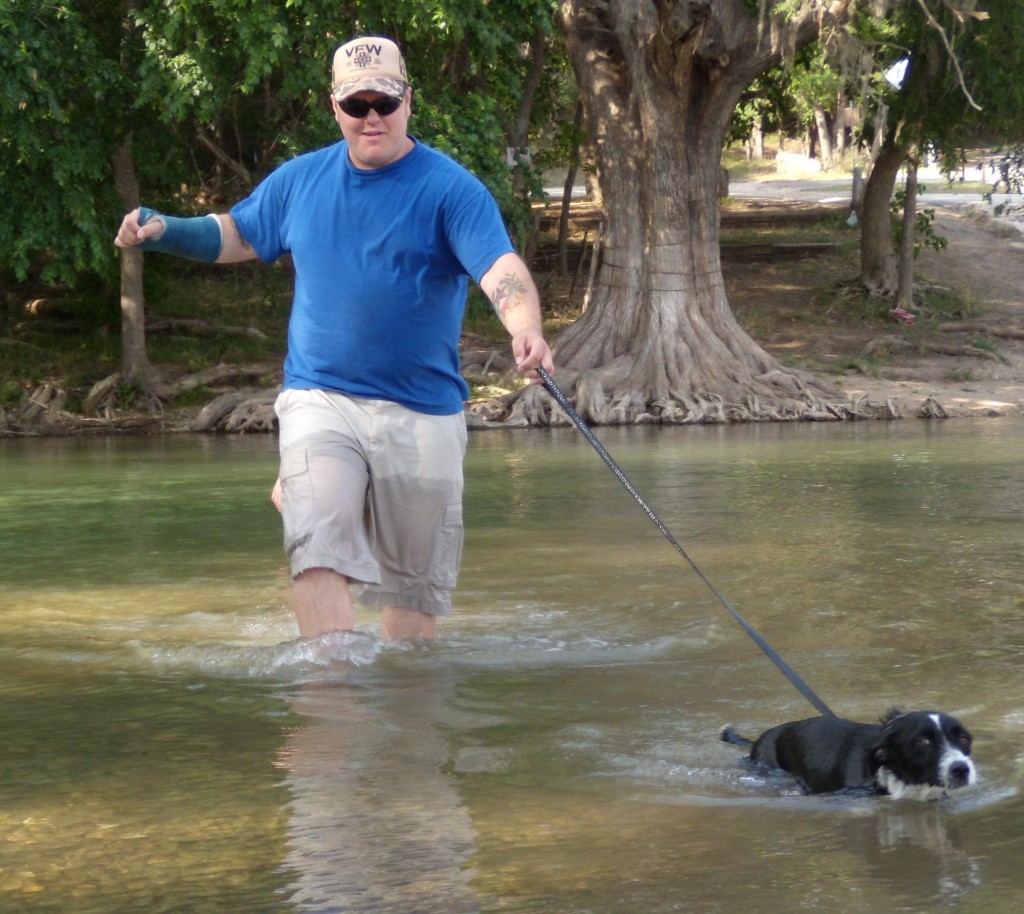