“During a couple different races in DisneyWorld, I ended up running a short time with a guy named Mike. He was a huge positive boost for me during those tough races and he was wearing a shirt with an eagle on it. I looked up Team RWB after that and felt like it was a place I needed to be; I had been struggling all year for various personal reasons and, as the granddaughter of three Marines, it appealed to me as a great group to put some energy into… and maybe heal myself in the process. The first event I was able to go was a team social and I was welcomed into the group like I had always been there, and so I just kept coming back.” 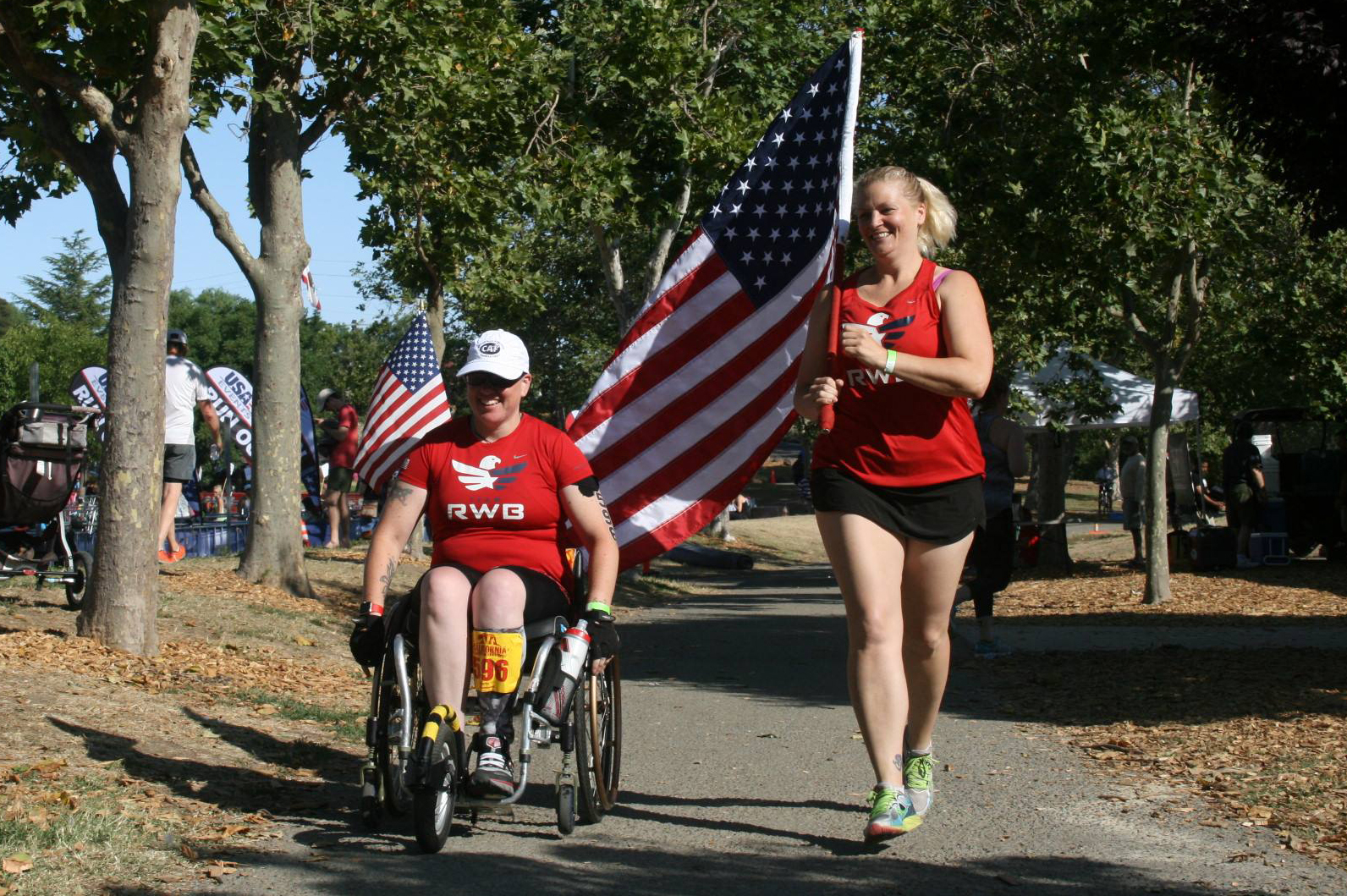 “The California Sprint Triathlon in Pleasanton just happened. This was my third year participating in this triathlon in the challenged athletes division and it was hard; I’m still bouncing back from a surgery late last year, so my big goal was to simply finish. When I talked about the event a couple months ago, Robyn volunteered to help out with my transitions and run with me, then recruited Major to help as well. I spent too much time in the water, but the happiest point of the swim was spotting that bright red shirt on the beach and laughing as they almost had to haul me up an extra time. I was by myself for a lot of the bike ride, but listening to Old Glory flying from the back of my hand cycle was comforting and some volunteers on the course fired me back up with cheering. The run was harder than I remembered (the first year, I was still able to use my crutches, last year my relay partner took the run), but Robyn never gave up on me… and made sure I never even thought of giving up on myself. We were cheered on around every turn and even gained a friend who helped us up (and down!) some of the tougher hills. Despite the difficulties I had, I moved with a purpose all morning and finished with a smile. And that’s all that really matters. I even got 1st place in my division!!”

How Do You Serve Your Community?

“I spend most weekends volunteering for something… I’m a committee member and team captain for the San Lorenzo Relay For Life, where I learn more every year about my community and the people that live here. I volunteer with a local trail racing company, Brazen Racing, where I have gained a family of runners that support and love each other unconditionally. I help out and participate with BORP, a local adaptive sports center, where I was taught that being in a wheelchair didn’t mean I had to stop being active and put me on a path to spread that message. I tend to volunteer my graphic design skills for local fundraising events and some grassroots adaptive sports leagues. The thing is, I just like to help where I can; I’ve never had much money, so if I can make some kind of difference with my time and/or knowledge, I’m happy to do so.“ 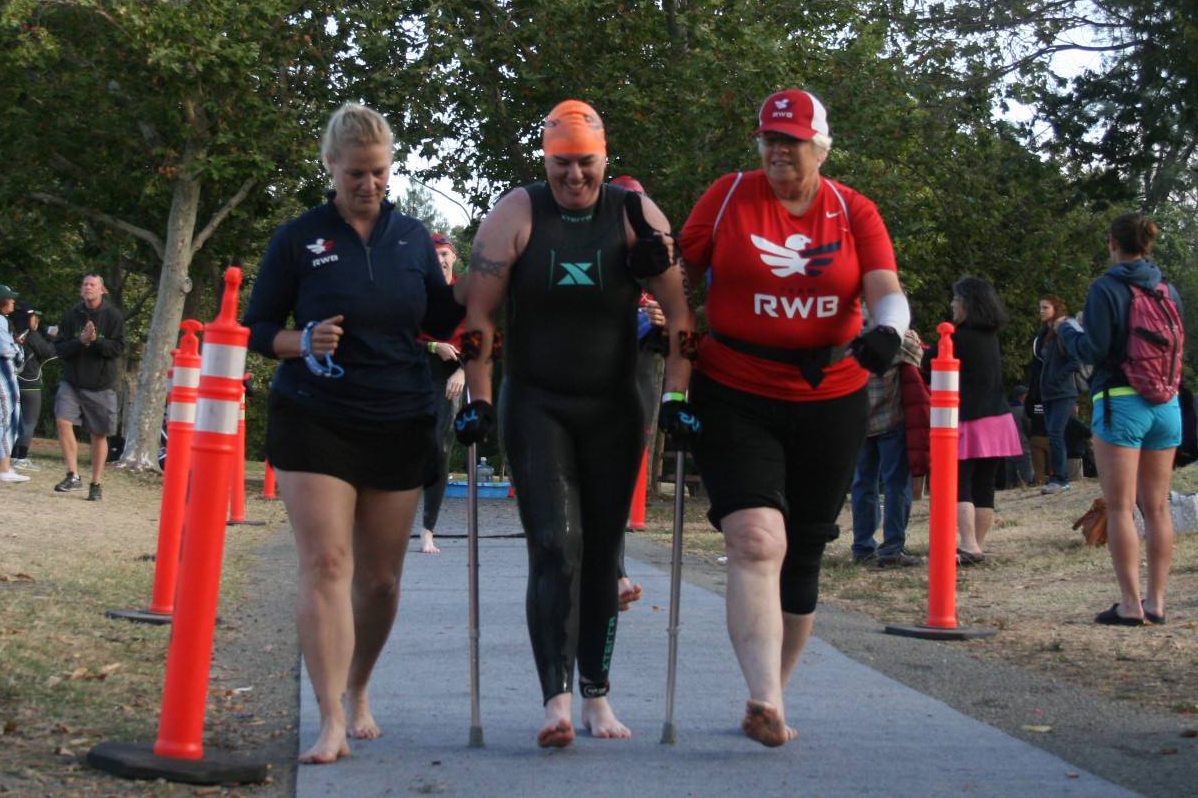 “The people around me. When I had to make my transition into a wheelchair, my friends gathered around me as support, then ended up fundraising to get my racing wheelchair; this inspired me to form Team Tsunami, my own little reminder that there are so many people that believe in me, are proud that I’m still moving forward, and think I can conquer the world with a set of wheels… or my attitude. Belief is a powerful thing, and that’s what pushes me forward.”

“I was trying to pull myself out of a negative spiral when I joined and found myself right in the middle of a group that oozed positivity. My fellow eagles have been pretty essential in helping me to turn back into the positive person I was before my world turned sideways. And they did it without even trying!“

“I say join! It took me a couple months to make it out to that first event, but once I did, I was hooked!“