July 7, 2020
| By Bana Miller , Director of Marketing and Communications in Eagle Stories

ATLANTA, GA (July 2, 2020) – One of the nation’s leading veterans service organizations, Team Red, White & Blue (Team RWB), has announced a partnership with Window World. As part of the partnership, Window World is committing a $40,000 gift to support Team RWB’s mission to enrich the lives of veterans across the country.

“Team RWB is proud to partner with Window World to support our nation’s veterans,” said Mike Erwin, Executive Director of Team RWB. “Partners like Window World allow Team RWB to continue challenging veterans and showing them that their best days are ahead of them, no matter what they face.”

“We’re so happy to announce our partnership with Team Red, White & Blue,” said Window World Chairman and CEO Tammy Whitworth. “Team RWB is dedicated to improving the lives of America’s veterans, and Window World is excited to have such a driven and impactful partner by its side. We look forward to further building our relationship with the military community as we join in the mission with Team RWB.”

This September, Window World will be the presenting sponsor of Team RWB’s moving tribute to preserve the memory and support the veterans who served as a result of the attacks on September 11, 2001. To learn more about Team RWB and upcoming events, visit teamrwb.org.

Team Red, White & Blue (Team RWB), a nonprofit organization founded in 2010, insists that all veterans have the opportunity to reclaim what was most precious about their military service: an unwavering sense of belonging born of challenges that show us what we are capable of. For more information, visit teamrwb.org.

Window World®, headquartered in North Wilkesboro, N.C., is America’s largest replacement window and exterior remodeling company, with more than 200 locally owned franchises nationwide. Founded in 1995, the company sells and installs windows, siding, doors and other exterior products, with over 18 million windows sold to date. Window World is an ENERGY STAR® partner and its windows, vinyl siding and entry doors have all earned the Good Housekeeping Seal. In 2019, Window World was ranked “Highest in Customer Satisfaction with Window and Patio Door Retailers, 5 out of 7 Years” by J.D. Power. Through its charitable foundation, Window World Cares®, Window World and its franchisees provide funding for St. Jude Children’s Research Hospital®, which honored the company with its Organizational Support Award in 2017. Since its inception in 2008, the foundation has raised over $10.75 million for St. Jude. Window World also supports the Veterans Airlift Command, a nonprofit organization that facilitates free air transportation to wounded veterans and their families. As a member of that network, Window World’s corporate jet has provided transportation for over 115 missions, transporting 360 veterans and their family members around the country. In total, Window World has contributed over $2.5 million in flights and donations since 2008. For more information, visit WindowWorld.com or call 1-800 NEXTWINDOW. For home improvement and energy efficiency tips, décor ideas and more, follow Window World on Facebook and Twitter. 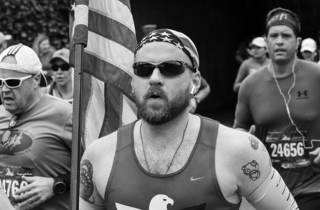