The Eagle Takes Flight in Fresno!

The Eagle Takes Flight in Fresno!

I am a Cow (junior) at West Point in the Class of 2015. I joined Team RWB West Point at the beginning of my Yearling (sophomore) year in the fall of 2012, and instantly became a believer in the team and everything it represents. In spring of 2013, I registered to run the Pittsburgh Marathon and spent an awesome weekend with wonderful hosts from Team RWB Western Pennsylvania. That weekend inspired me to help spread the word about the team and what it does for our veterans.

When I started doing some research on the team website, I couldn’t help but notice that my hometown, Fresno, California (and the Central Valley at large), did not have a chapter. Fresno is plagued with the fate of sitting nearly equidistant between Los Angeles and Sacramento, where chapters of Team RWB are expanding rapidly. While most people who live in the Central Valley have grown accustomed to long drives to these larger cities, the absence of a chapter in the Central Valley meant that the thousands of veterans living there had little to no access to Team RWB. I decided to establish a chapter of Team RWB in the Central Valley while at home on leave over the summer of 2013.

When I arrived home on an extended block of leave in May, 2013, I had already discussed the first steps of establishing a chapter with MAJ Lou Nemec and immediately began promoting the team among my coworkers at Der Manouel Insurance Group. Soon enough, MAJ Nemec began forwarding me Fresno signups, and Steve Trush, Team RWB LA’s Chapter Captain, contacted me with more Central Valley members. With help from MAJ Nemec and Steve, I soon came into contact with Matt Winstel, Senior Chief Petty Officer (R), and Darren Johnson, a recently retired Air Force guardsman and bicycle shop owner. Both Matt and Darren were eager to help get the ball rolling, and Matt had been making efforts to do so before I had even arrived home.

We immediately stumbled over another obstacle – we lived in different cities. Matt lives in Hanford, which is approximately an hour south of Fresno, which made meetings much less frequent than we would have liked. We primarily foresaw the distance as a unification struggle. We were getting signups from both the Hanford area and Fresno area (and some areas in between), but were struggling to get everyone together. Regardless, we tried to keep the momentum rolling and keep getting the Central Valley excited about Team RWB. 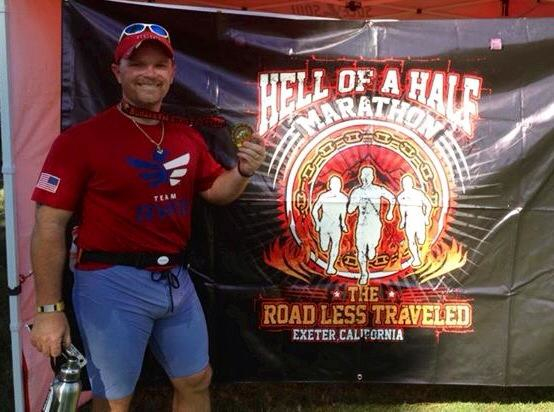 Over the next few weeks, Darren began advertising the team in his bike shop, Fulton Cycle Works, Matt began finding contacts through his work, and I began contacting gyms to request space on announcement boards for flyers. After posting flyers with contact information in over fourteen gyms, I moved on to contacting Crossfit gym owners in Fresno. This is how I met Kevin Hughes, owner of CrossFit FTF. Kevin, a retired firefighter, was extremely eager to get involved with Team RWB, and began to prepare some Team RWB workouts which he would make available at no charge to team members at his gym.

For the remainder of my leave time, we continued recruiting; Matt and I ran the Firecracker 5k in Hanford on the 4th of July, and we met up for a small team dinner.

In July I returned to the East Coast, leaving Matt, Darren, and Kevin in charge of the team. Matt has truly taken Team RWB Fresno to a whole new level. He keeps the Fresno Facebook page running, and though he says that “the whole Fresno/Hanford thing is difficult” the team does “talk a lot and hope to see more Eagles in the fall events.” Kevin recently updated the team about workouts at CrossFit FTF – workouts will start in a few weeks, and the “workout will be free once a week for Team Members.” Darren has recently moved his bicycle shop to a larger venue, and is working with Team RWB members to outfit their bikes at discounted prices and get out on the road, trails, and into competitions.

Helping to get the team going in Fresno was a hugely rewarding experience for me, and I could not be more thankful for the work that Matt, Darren, and Kevin have invested and will continue to invest in the team. I am eager to see the Fresno chapter continue to grow, and look forward to joining them at some point this winter for some awesome workouts. 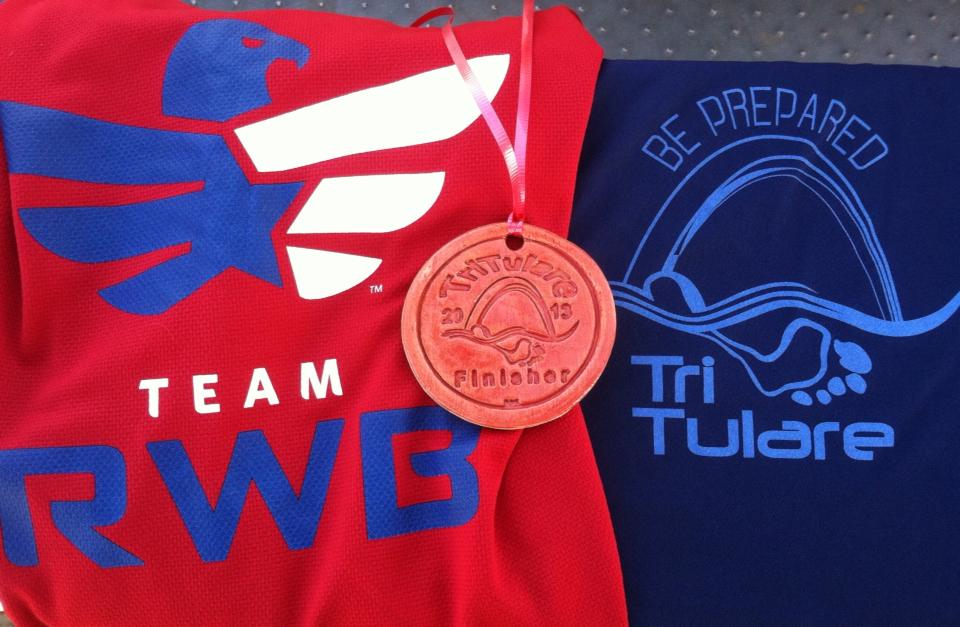