This Is Not Goodbye

This Is Not Goodbye

This story was told, but it’s worthy of an encore.

Coming from an Irish Catholic family, we were always taught to never say goodbye, but to say “see you later,” and those were the last words I said to my brother Jimmy.

It was late on a Sunday, in September of 2001, and my brother was by the computer next to the metallic red bunk beds we shared, and where he still slept. I had to get back to West Point before Taps, so I grabbed my Jansport, touched his shoulder and said, “See you later, bro.”

As many of you know, nine days later, my brother would be killed on the 104th floor of the north tower of the World Trade Center, and one of my many regrets is that I never told him that I loved him.

That Tuesday in September set me on a path that a kid from Brooklyn could have never predicted. I would graduate West Point that spring and shortly confront the biggest cultural clash of my life, moving to Oklahoma. I’d then deploy to Iraq for the first time with my brothers from 2-5 Field Artillery, “Charlie Rock.” I’d deploy for a second time to Iraq for 16 months during the Surge. I’d deploy to Afghanistan as a civilian advisor, before facing one of the biggest challenges of my life: coming home. 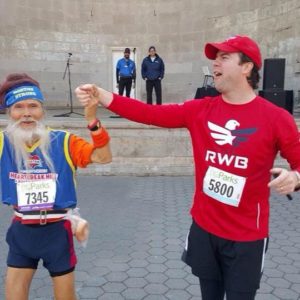 I struggled being home. I struggled to find purpose and community. That was until I found the Eagle Family of Team Red, White & Blue (Team RWB). What started out as a simple idea, turned into a vast movement, from Oswego to San Diego, where veterans and the community were coming together through simple activities and events, becoming teammates, and then friends, and then something more, becoming a family. A family of 130,000 members led by over 2,000 volunteer leaders in 216 communities across the county.

Over the last two years, I’ve had the privilege of guiding the effort to invest in our leaders by helping to build the Eagle Leadership Development Program. The core of the program is to take our leaders through a 36-month development experience where they will graduate to find their next mission to serve their community.

I’ve found my next mission.

Beginning January 1st, I’ll be the next Executive Director of the Headstrong Project, an organization that heals the hidden wounds of war through stigma-free, bureaucracy-free, cost-free, evidence-based treatments. At Headstrong, we are going to lead a vast movement across the country that heals the hidden wounds of war to help prevent veteran suicide. This is only the beginning, and I couldn’t be more excited about this opportunity.

Melanie, Beckett and I cannot thank you enough.

You have been with us every step of the way, and will continue to be.

Because this is not goodbye.

This is see you later.

And I’ll never regret saying this.

I love you all. 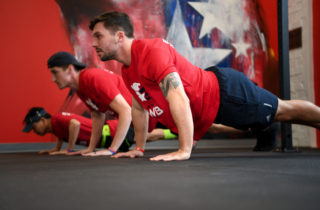 Team RWB Gears Up for the Third Annual 1776 Challenge 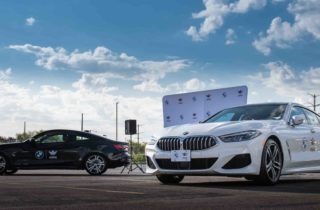 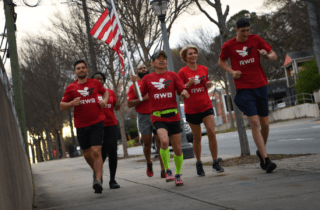 7 Ways To Show Your Support During Military Appreciation Month

Every year in May, Americans thank and honor our nation’s military veterans, service members, and their families in a variety of ways. During Military Appreciation …

Team RWB Gears Up for the Third Annual 1776 Challenge

7 Ways To Show Your Support During Military Appreciation Month

Every year in May, Americans thank and honor our nation’s military veterans, service members, and their families in a variety of ways. During Military Appreciation …

Comments on This Is Not Goodbye