Kicking off week 3, Jen Yuengling, a sixth-generation brewer of America’s Oldest Brewery relayed Old Glory through Allentown and onward to Philadelphia. The City of Brotherly Love welcomed Old Glory with open arms as local Eagles stopped to share the story behind Team RWB and OGR.

Meanwhile, elsewhere in Philly, we were honored to join Comcast Military, Carol Eggert, Patrick J. Murphy, PHL Veterans, and Carlo Aragoncillo to discuss empowering veterans in local communities at the Military Community Panel. The party continued that afternoon on Comcast’s Plaza to welcome Old Glory into the city with sponsors Comcast and Yuengling! 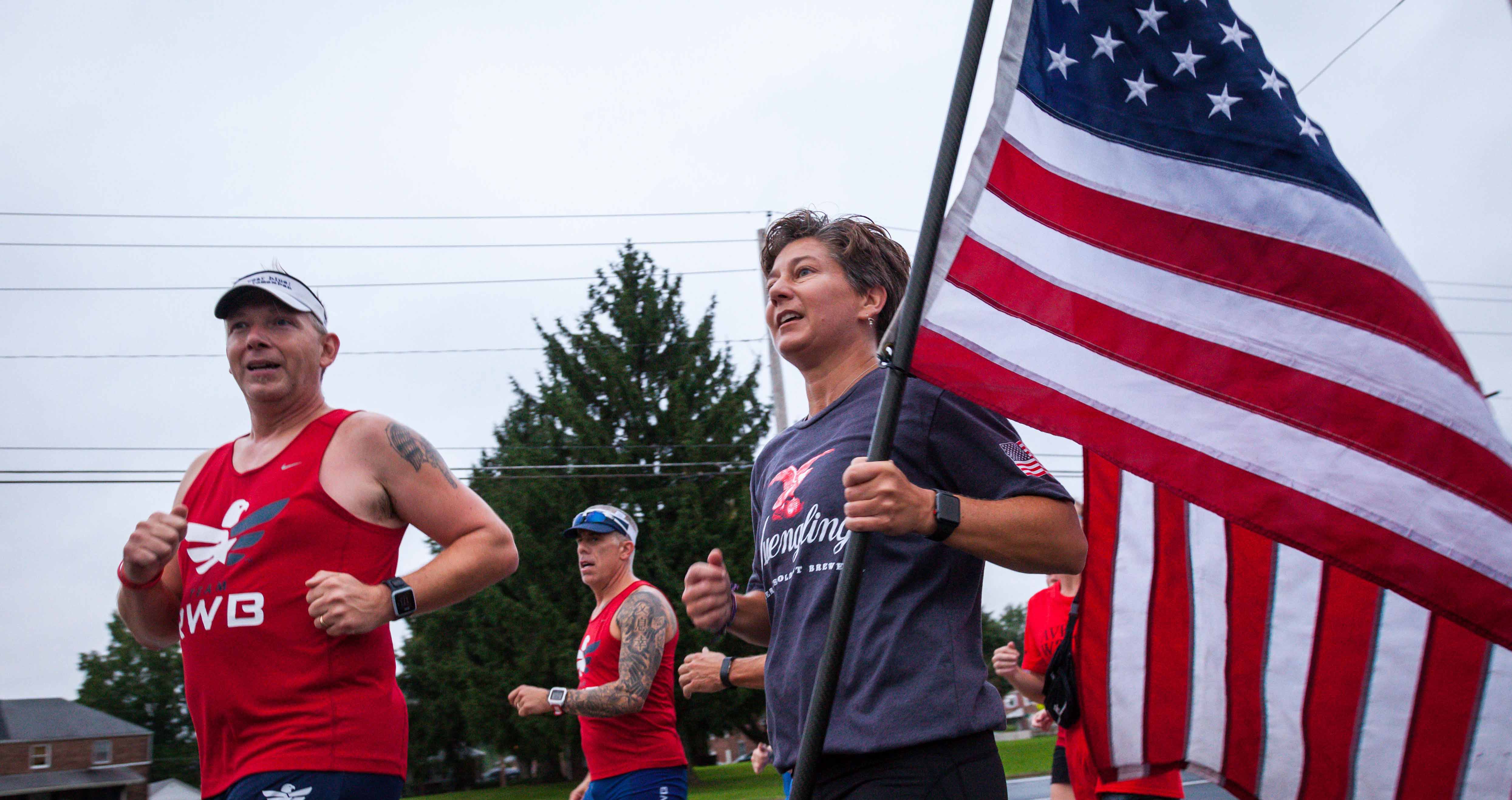 The Eagles that gathered at the Liberty Bell the next morning at sunrise accompanied Old Glory on its next epic journey, covering almost 80 miles from Philadelphia to Dover through 46 pairs of hands. Included in the day was a Vietnam veteran who passed the flag to his son, also a former service member, and a 25-year Air Force veteran. 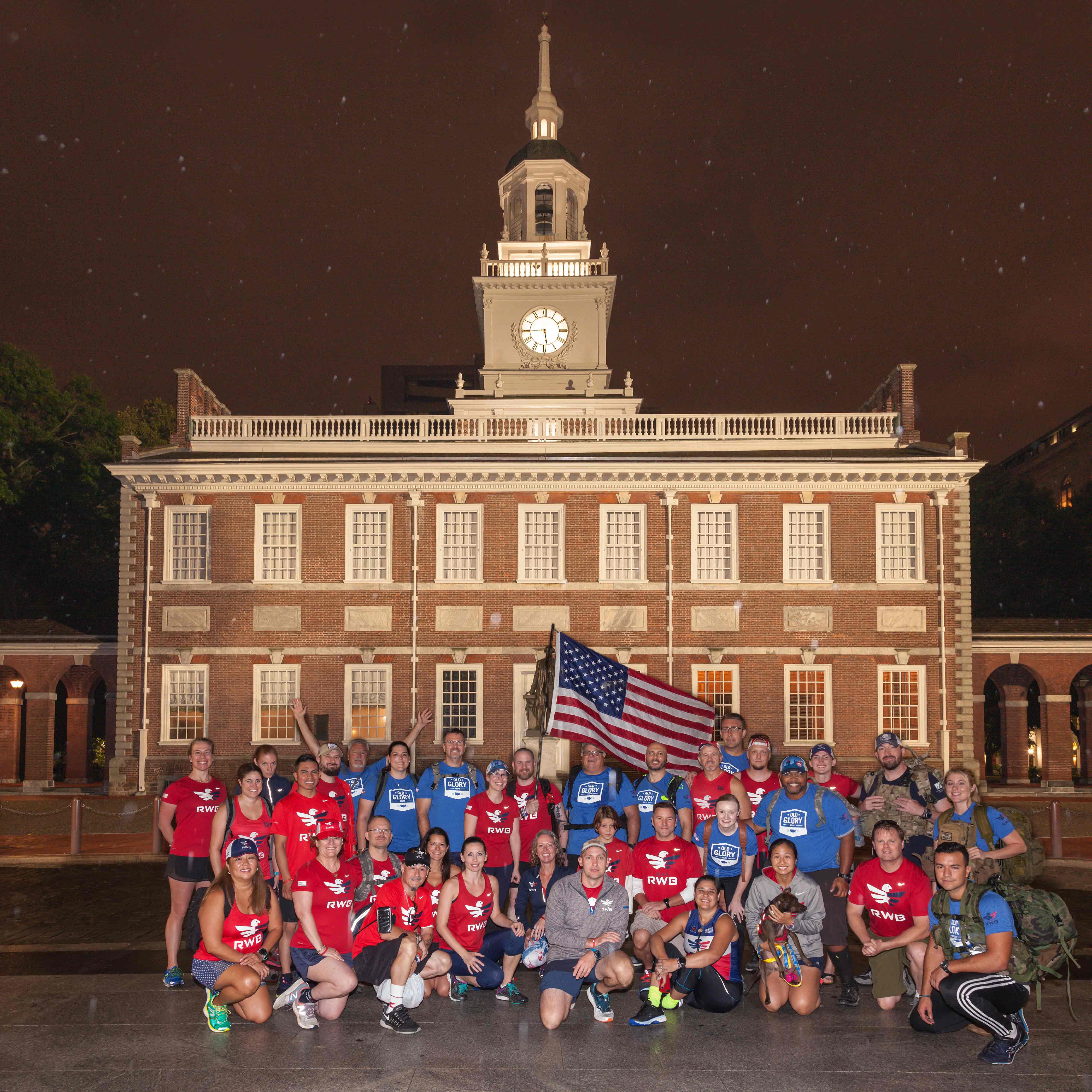 Day 13 took the flag from Dover, DE to Annapolis via the Chesapeake Bay! At roughly 5 miles, the water crossing is destined to become an Old Glory Relay legend. Huge thanks to the dozens of Eagles from Dover and Annapolis who put in the miles, the paddle pros from Capital SUP Annapolis, the Coast Guard escort and Maryland Department of Natural Resources that offered safe passage across the water, and the U.S. Naval Academy (the third service academy to welcome Old Glory this year!). Our partners Amazon Military and Comcast had an amazing day running in the rain with Old Glory on campus. The rain only made everyone’s #EagleFire burn brighter. The day ended with Westfield Annapolis, who threw us a great welcome reception. 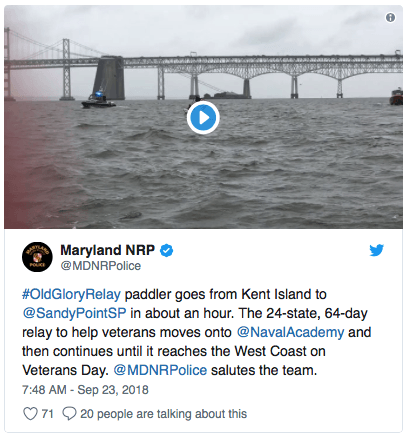 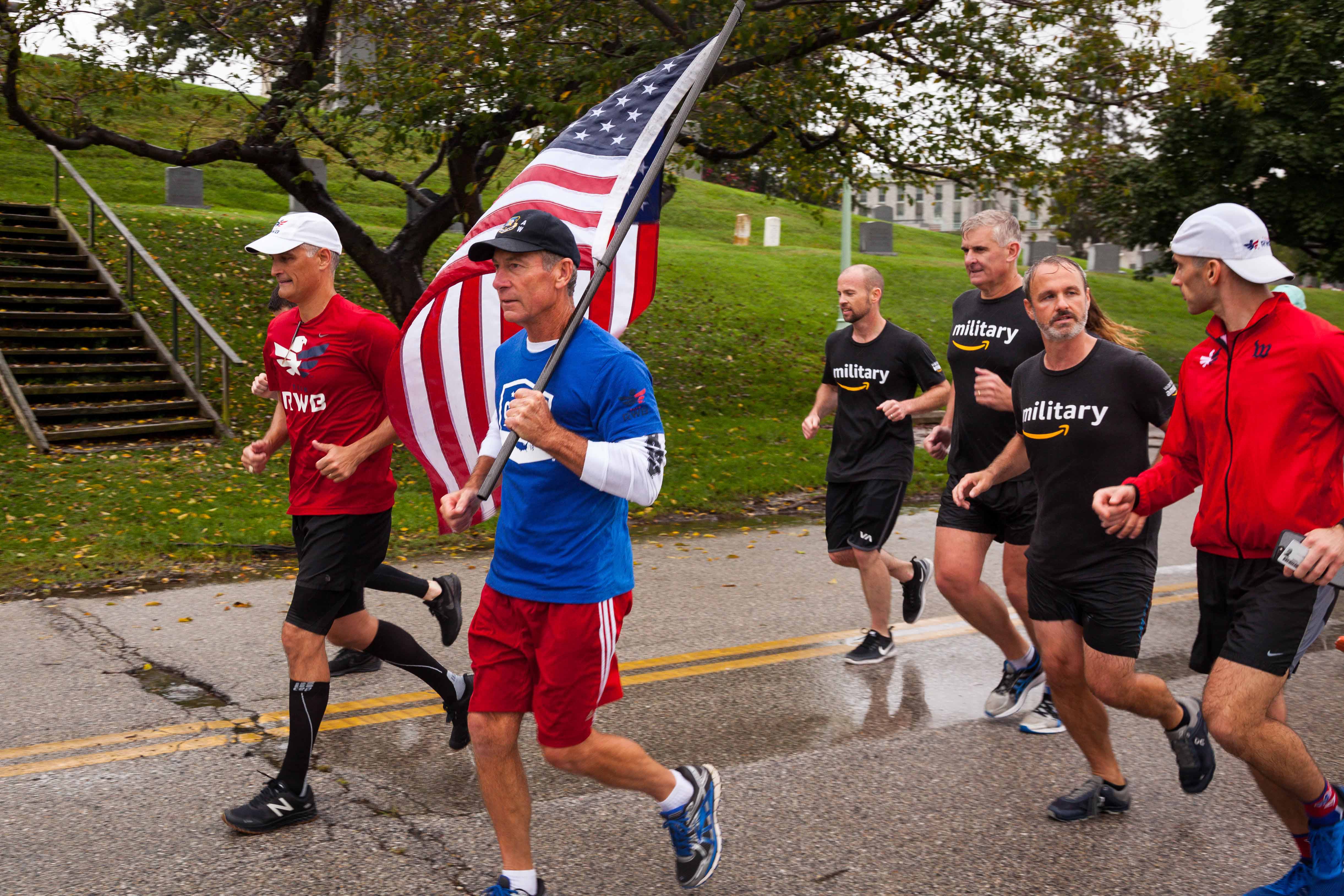 Straight west through the gorgeous hills of PA (and no shortage of rain, a running theme this year!), Eagle after Eagle passed the flag. Approaching Steeler Nation, the team stopped to pay respects at the Flight 93 National Memorial. 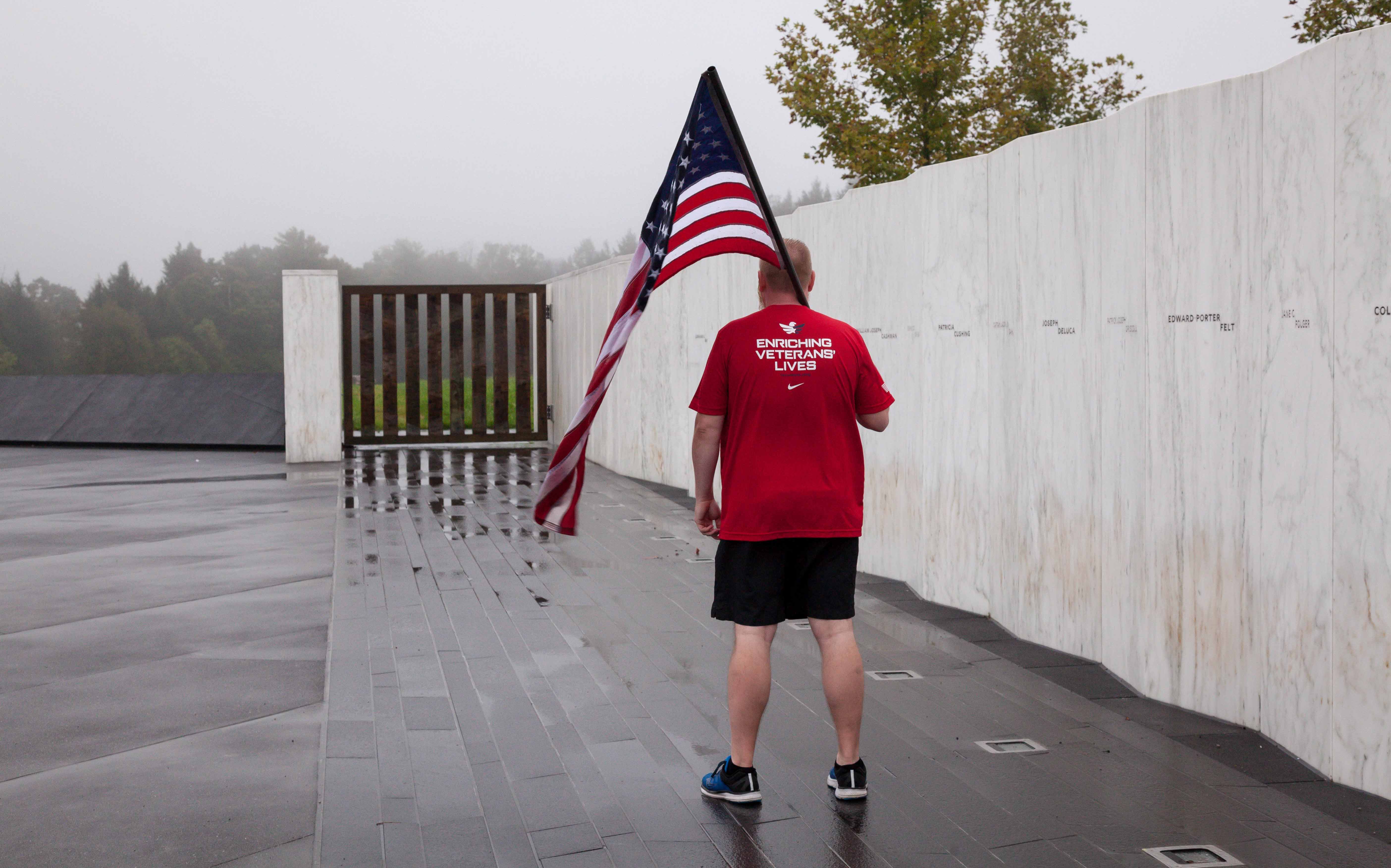 Week 3 wrapped up with one of our most incredible days yet. A moving morning ceremony at John and Betty Rhoads’ Coal Miners Cafe was followed by an epic midday pep rally at Penn Trafford High School. Old Glory’s day concluded at Heinz Field’s Hall of Champions, welcomed by cheering Eagles and former Steeler Rocky Bleier. 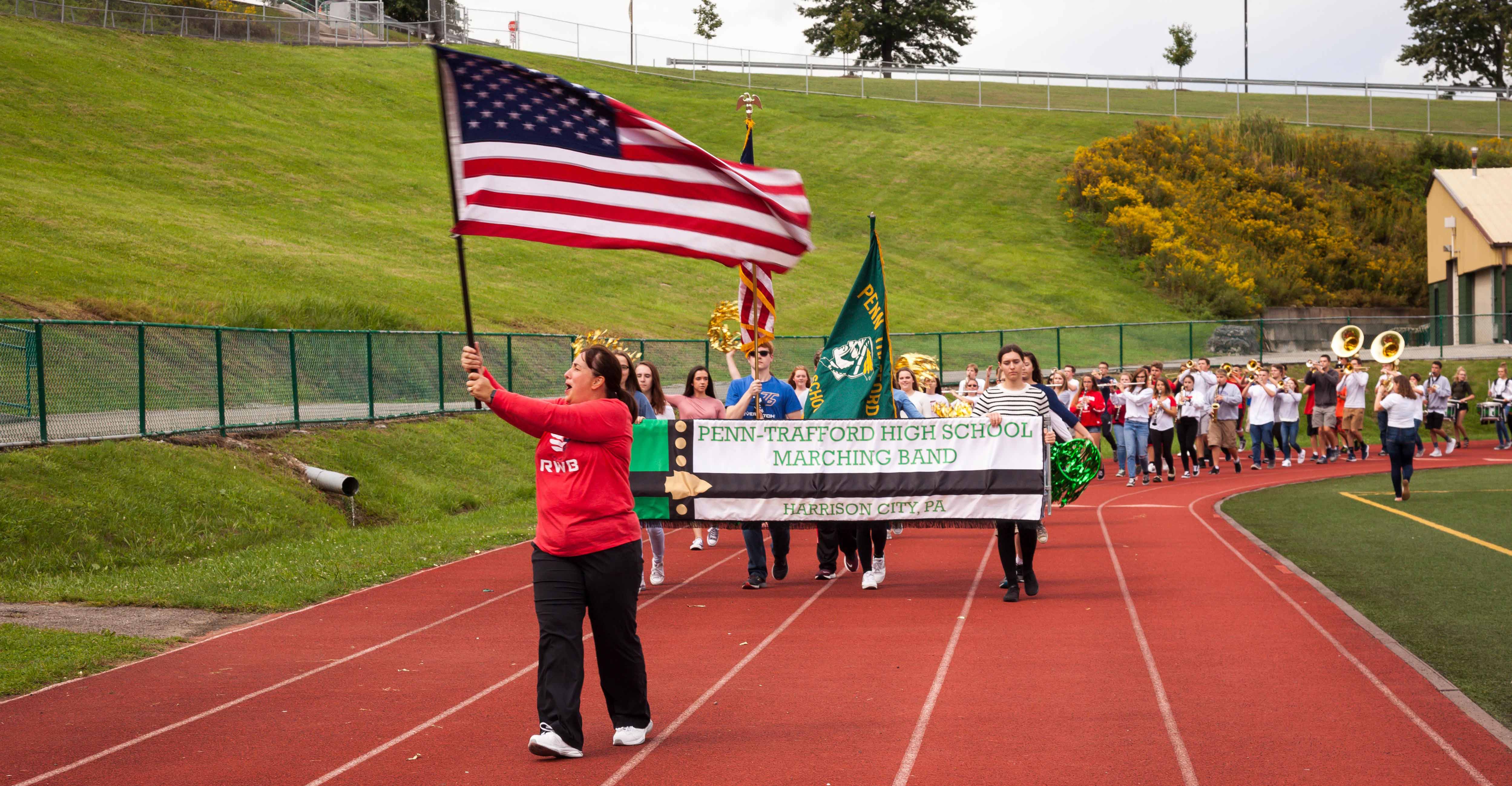 Weekly Fundraising Challenge Winner
This week’s Fundraising Challenge winner is Steve Majewski. Steve is the Day 21 co-captain, and on Monday, October 1st, his team will take Old Glory from Toledo, OH to Detroit, MI. He raised more than three thousand dollars and is achieving his goal of a donor a day. Learn more here about how you can fundraise for Old Glory Relay, or support one of our many teams! 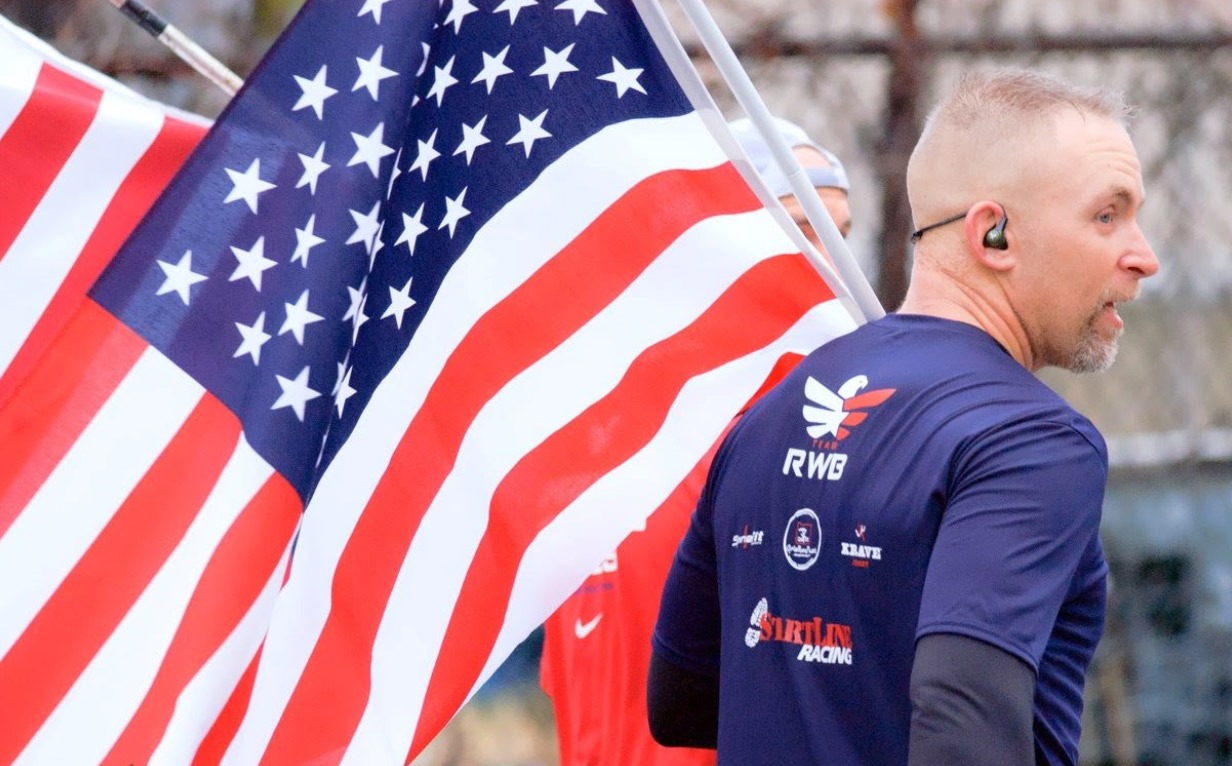 Week 4 will bring Old Glory to Cleveland and through Ohio, to Detroit and onward through Michigan, all the way to Indiana – the TENTH state in our epic journey. Remember, it’s not too late to sign up to carry the flag or to donate in support of veterans in communities across the country! 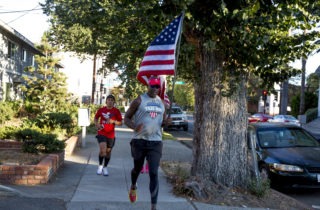 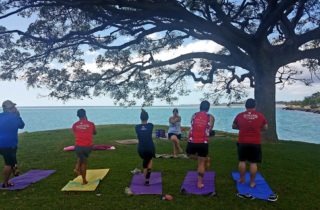