What is WOD for Warriors?

WOD, first off, stands for “Workout of the Day” – the “for Warriors” denotes the fact that the workouts are done on behalf of our nation’s fighting forces, past, present, and future.   “WOD for Warriors” is now the Functional Fitness (FF) branch of Team Red, White, and Blue (RWB).  It is a nation-wide program, which was created to help build local communities around the power of functional fitness – a multi-disciplinary style of exercise that focuses on training for real-life activities.

Where did it come from?

The creators of WOD for Warriors are our close friends from Iron Tribe Fitness (ITF), a rapidly growing company who owns/operates a series of Functional Fitness gyms, and are based out of Birmingham, AL.  The relationship between Iron Tribe and Team RWB came from coincidence that ITF COO, Jim Cavale, and Team RWB Founder, Mike Erwin, went to high school together.  In keeping with their goal of giving back to the community, Iron Tribe did a burpee (a burpee is a difficult exercise in the FF world) challenge in 2011, and had their “tribe members” receive sponsorships for each burpee.  It is hard to describe the kind of community they have created, but if it is any indicator, they raised over $25,000 in their first time through, and have only grown their support each year.

Around the same time, Team Red, White, and Blue was looking to branch out beyond endurance racing and marathon running.  Our current Functional Fitness Director, Sam Linn, had just returned from Afghanistan and wanted to get involved.  He conducted the first tribute WOD, “OPERATION: VIGILANCE” in his local CrossFit affiliate as a stand alone event on behalf of Team Red, White and Blue, and immediately saw the potential in the community to rally around Team RWB’s mission. Inspired to connect the functional fitness world and Team RWB, he approached Iron Tribe Fitness about using the WOD for Warriors name, and expanding the concept into an organization that brought veteran specific events to functional fitness groups across the country.   Sam founded WOD for Warriors, LLC in April 2012 as a separate entity with the mission of supporting Team RWB.  As of 2013, WOD for Warriors is completely under the umbrella of Team RWB, and maintains no separateness (other than we run less!)

What does WOD for Warriors entail?

Once Iron Tribe and Team RWB put the pieces together, the mission initially was to run three world-wide events; Memorial Day, 9/11, and Veterans Day each year.  We wanted to bring some purpose and reminder about what these days were all about, and provide a metaphorically significant physical event to provide focus and energy, and further connect Veterans with their communities through shared physical and social activity. 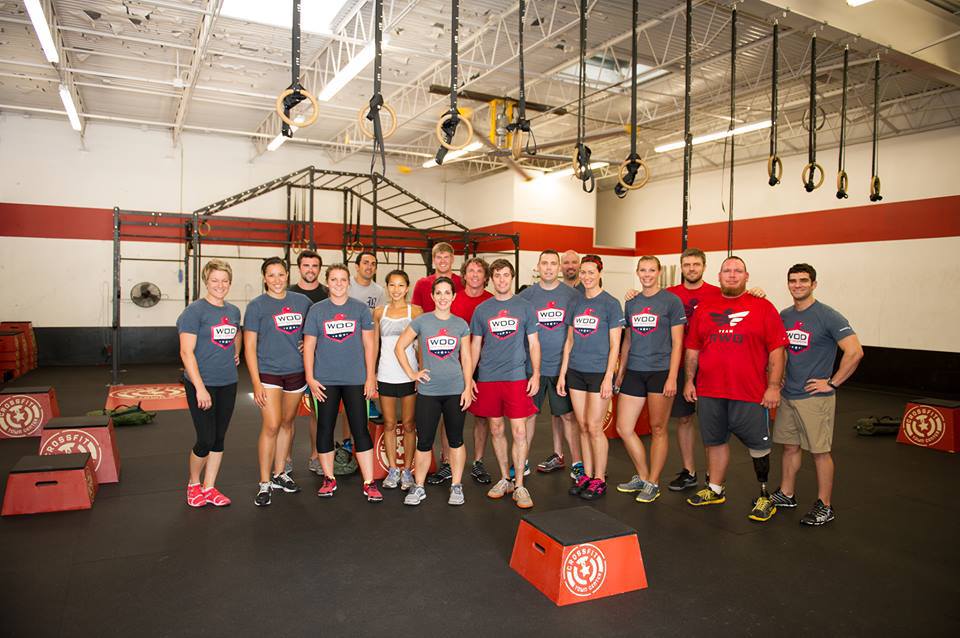 So what else is new?

We just completed our first Functional Fitness Veteran’s Athletic Camp – from June 20th to 23rd, athletes, coaches and experts in functional fitness, nutrition, mobility, and goal setting converged at CrossFit Rubicon in the Washington, DC area for a weekend of purpose, balance and community.  Athletes were selected as highly involved members from their TRWB Chapters as best candidates to grow from the experience, and are currently in the process of “paying it forward” and bringing the knowledge and motivation back to their communities.  Once again, Iron Tribe Fitness was a major part of the operation, sending four awesome coaches, and leading the other coaches and athletes for a large portion of the event.

WOD for Warriors made great strides at further integrating the Team RWB chapters into “21 Guns” this past Memorial Day, but there is still much work to be done.  Also, as Iron Tribe Fitness expands into a National brand, they are bringing WOD for Warriors right along with them,  using it to christen each gym’s grand opening, in a blow-out event to start things off right! They’ve already sold more than 50 franchises in 10 states (www.IronTribeFranchise.com/About-ITF/). Lastly, keep your eyes out for more information about co-sponsoring opportunities for eligible veteran athletes, partnering a gym with a deployed platoon, and several other ideas on the plate to pursue the WOD for Warriors and Team RWB mission: to enrich the lives of America’s veterans by connecting them with their communities through (hard) physical and (fun) social activity! 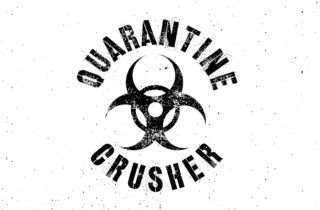